The MDSec hardware security team were recently researching the Virgin Super Hub 2ac; the latest of Virgin’s Super Hub models which supports the 5Ghz band of wireless. This blog post talks through the steps we undertook to recover the firmware from this device.

One of the first steps during a hardware review is to inspect the board. Opening the device, we quickly identified a couple of jumper groups that appeared to be a UART interface. Each group is formed of 4 missing pins in a straight line, as shown below: 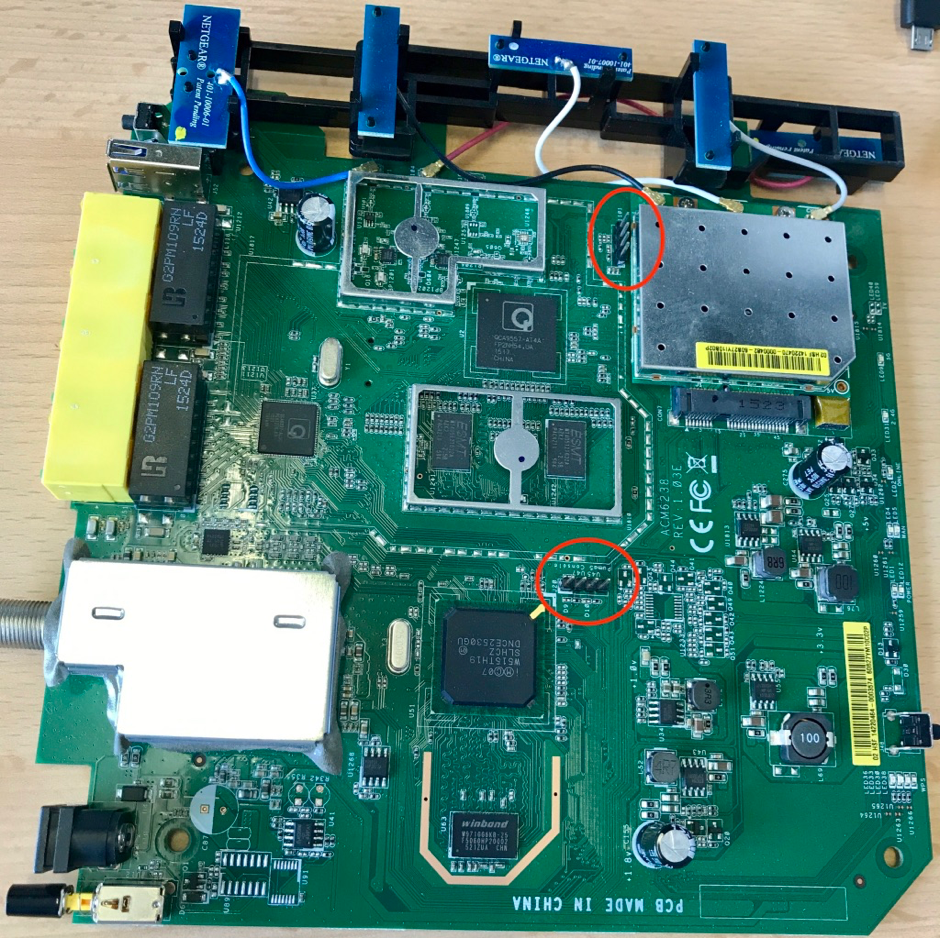 After soldering new pins in each port, we began fuzzing the interface to identify the function of each pin. In this instance we used the Jtagulator, however we’ve previously documented how an Arduino may be used. 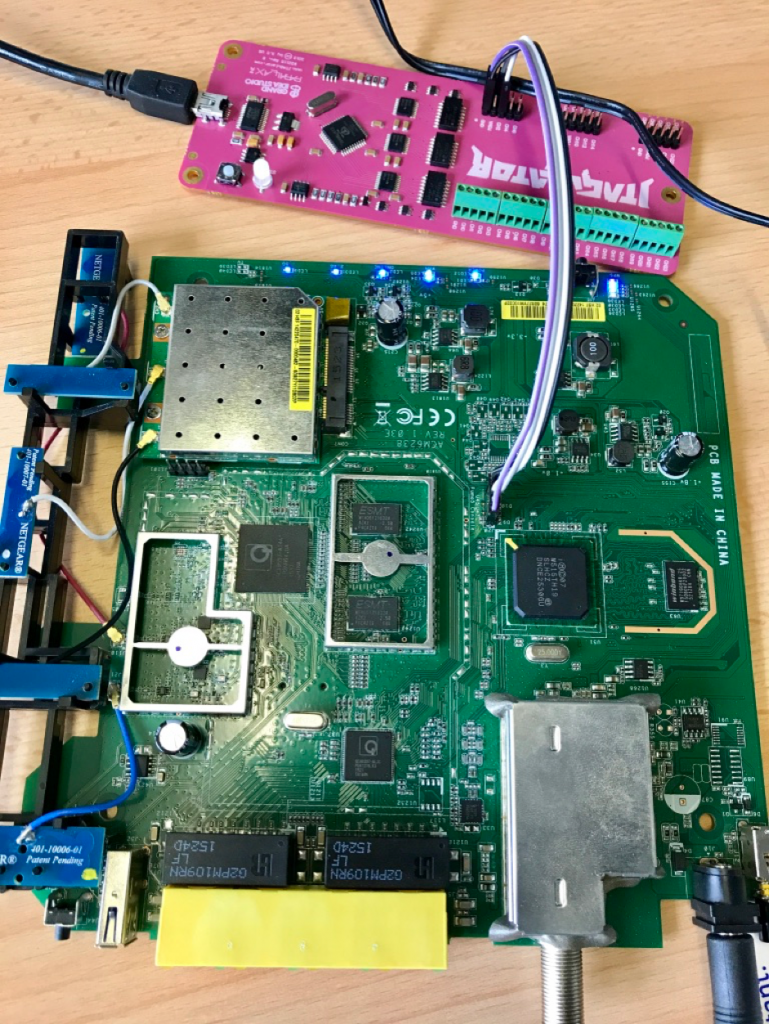 Once the correct PIN configuration was identified we were able to interface with the UART port, as shown below:

Unfortunately, in this instance we discovered that the port was read only so we continued to review the device’s other storage components, specifically those highlighted below where we observed two SPI and one NAND chip: 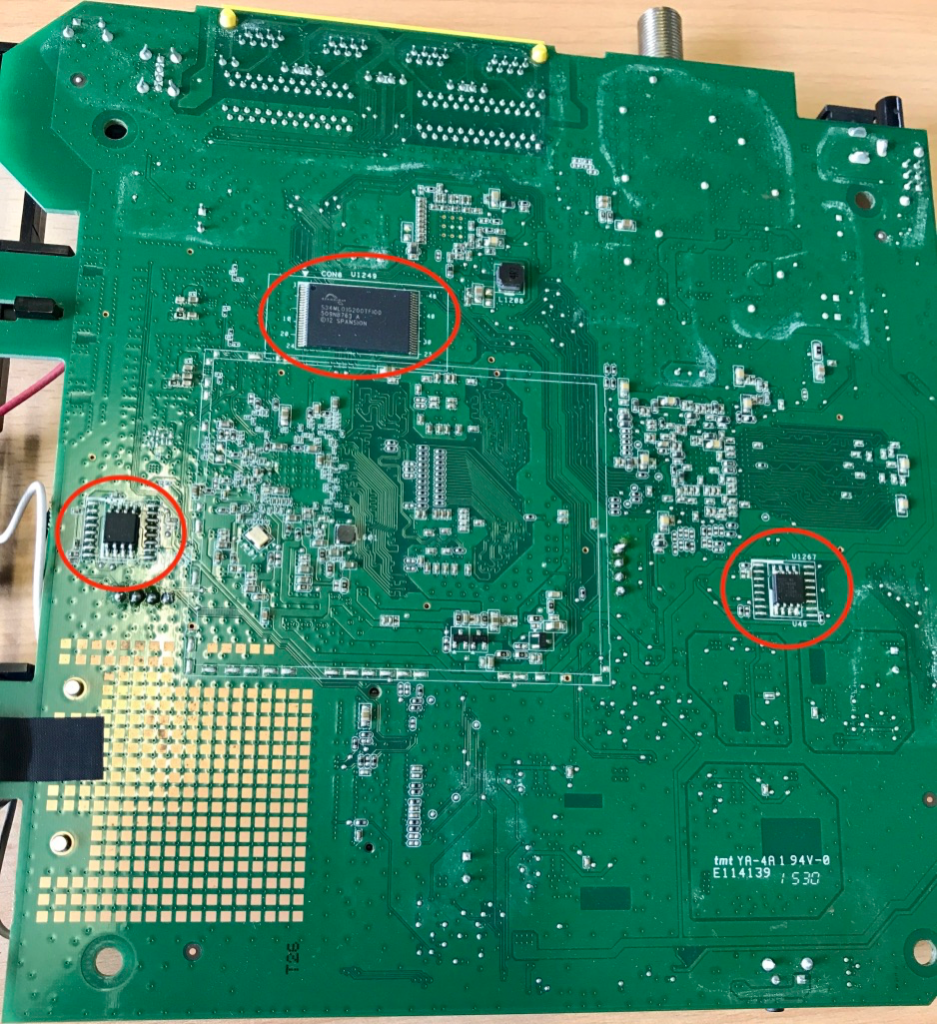 To read from the SPI interface we used the Shikra and an 8 pin SOIC clip. To power the chip, we used a Teensy converted to run at 3.3 volts, as shown on the image below: 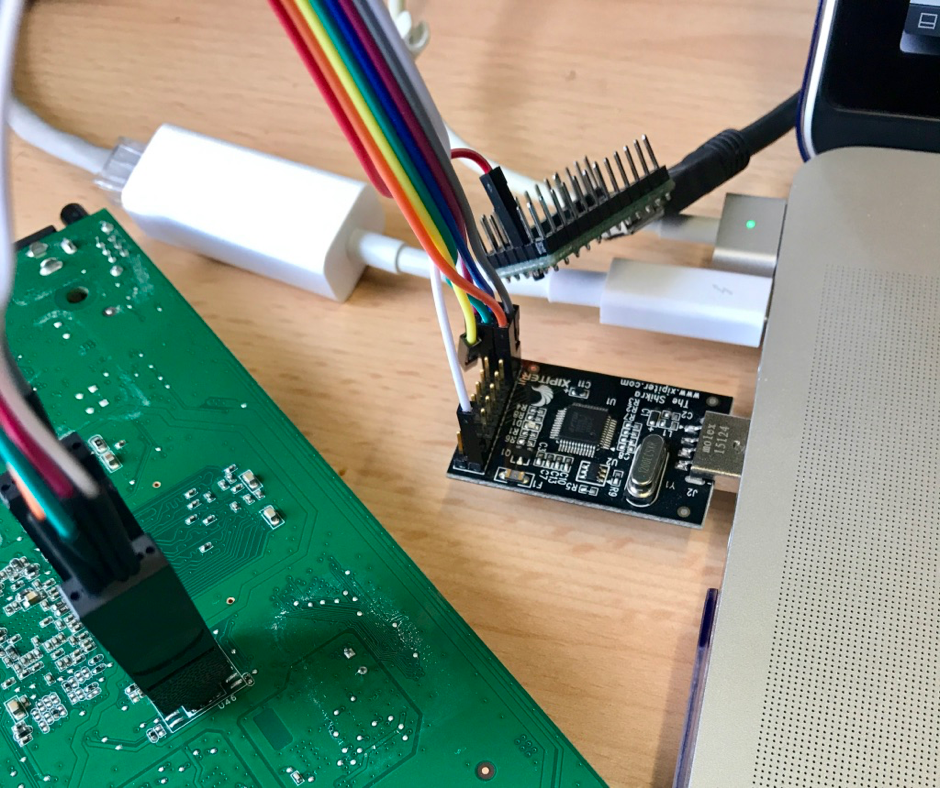 We then subsequently used Flashrom which supports a generic ft232 reader and is not only reliable and but fast, to read from the SPI as shown below:

To interface with the NAND flash, we used a 360 clip to interface with the chip without having to desolder it. This is a very elegant solution especially when you need to write to the flash. To read from the device a FT2232 developer board was used in combination with the Teensy as 3.3V power supply, as shown below. For more information about this please refer to the original resource. 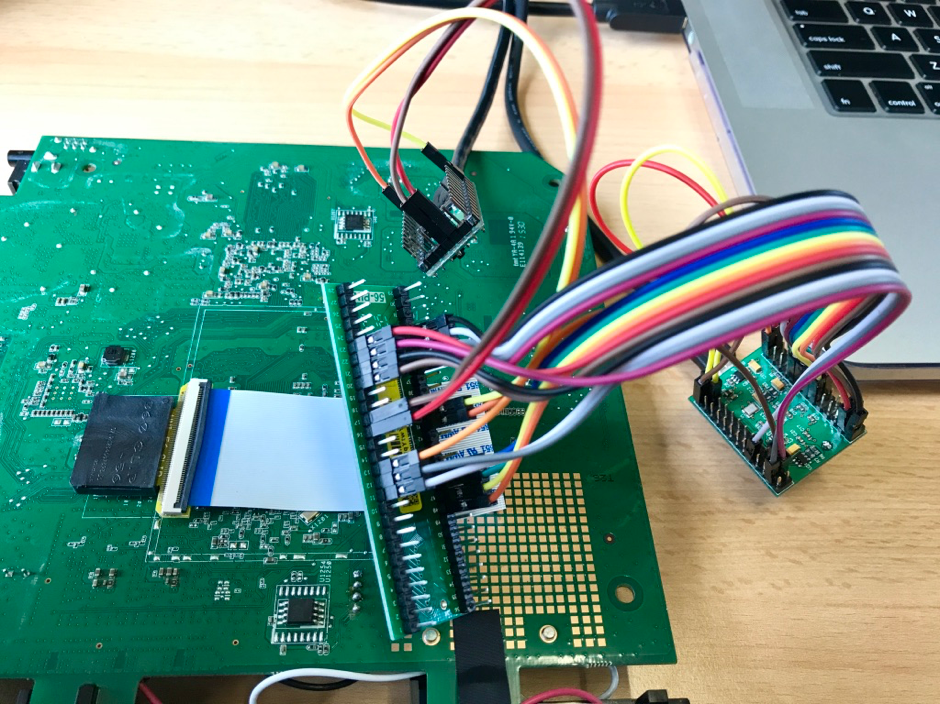 To read from the NAND flash, you can use the ftdinandreader tool as supplied in the in the SpritesMod reference above:

Please stay tuned for our next blog post where an analysis of the recovered binary files will be performed.